Today we checked out a quirky playground in Tasmania’s Central Highlands. Tazmazia and the Village of Lower Crockpot boasted having the world’s largest maze complex. We tried several of the challenges, and checked out the miniature sculptures. 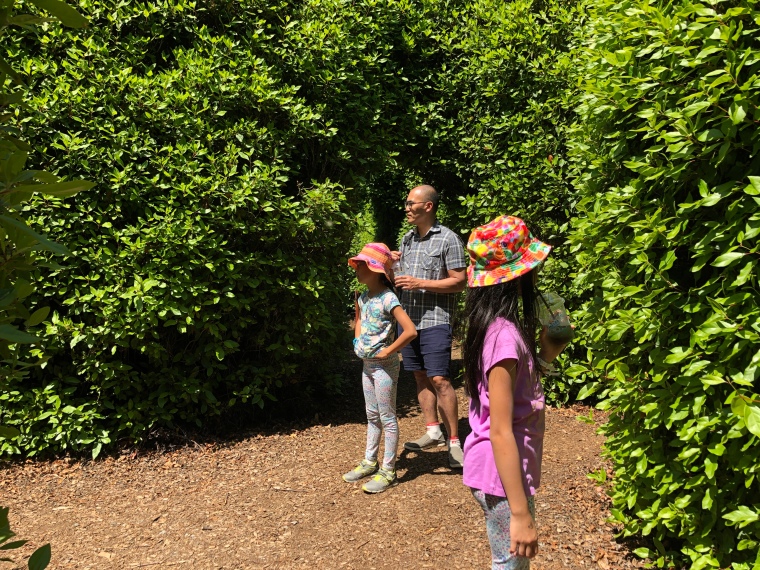 It was a very hot afternoon. The sun prickled as we tried to figure out the Great Maze. Super tall hedges provided some shade. Meanwhile, thought-provoking (and sometimes head scratching) signs greeted us at almost every turn.

“Imagine if there were no hypothetical questions” said one sign. Another said, “You know you’re ugly when it comes to the group photo and they hand you the camera.” 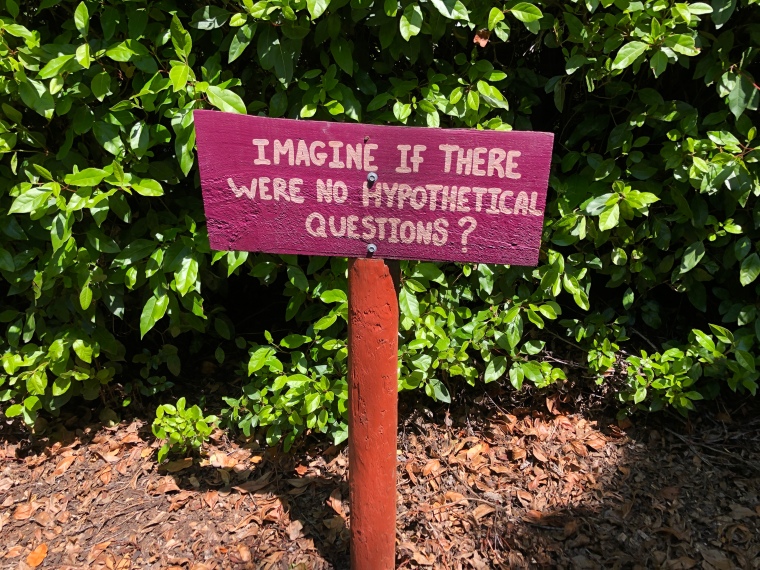 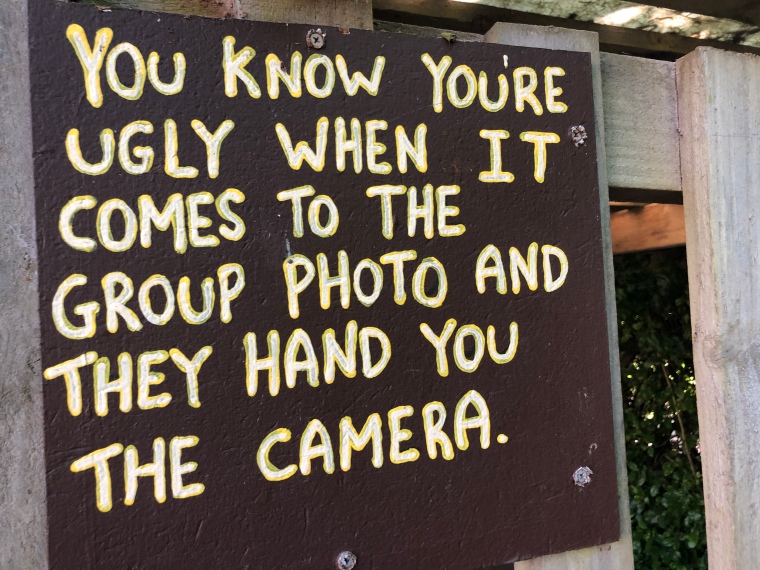 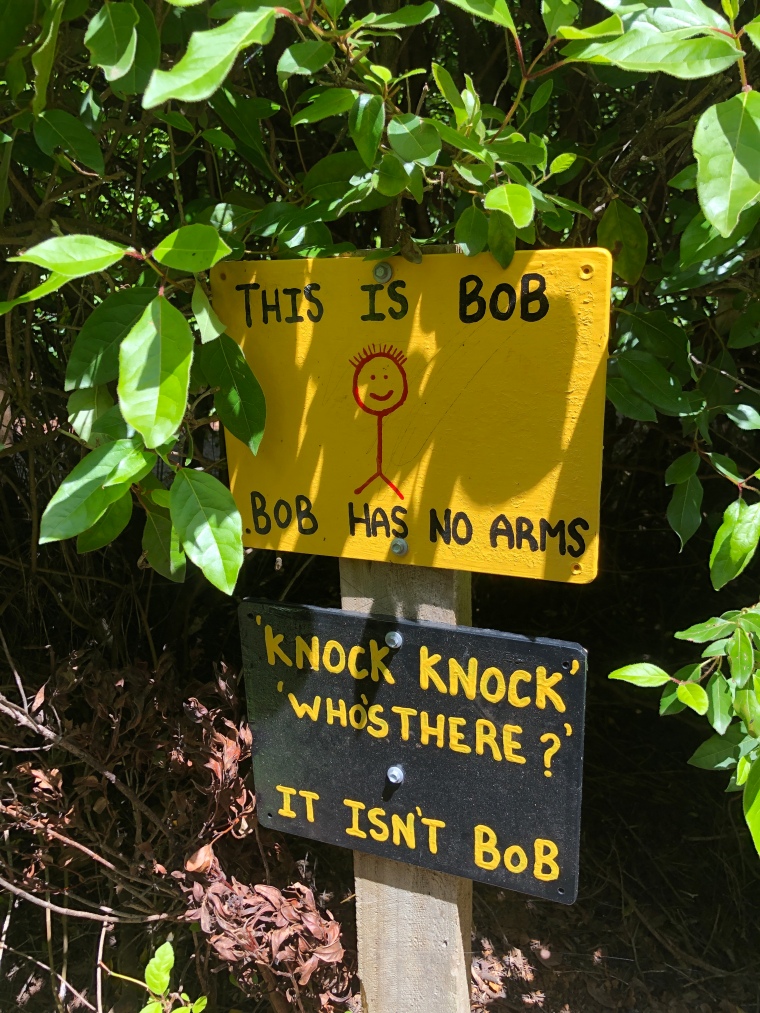 In the dead ends of the maze, we found things like a dilapidated kitchen sink, a sculpture of a fallen Humpty Dumpty with a sign that said he was pushed, and the skeletal remains of the world’s hide-and-seek champion. There were a lot of things that made us go “Hmmm..” 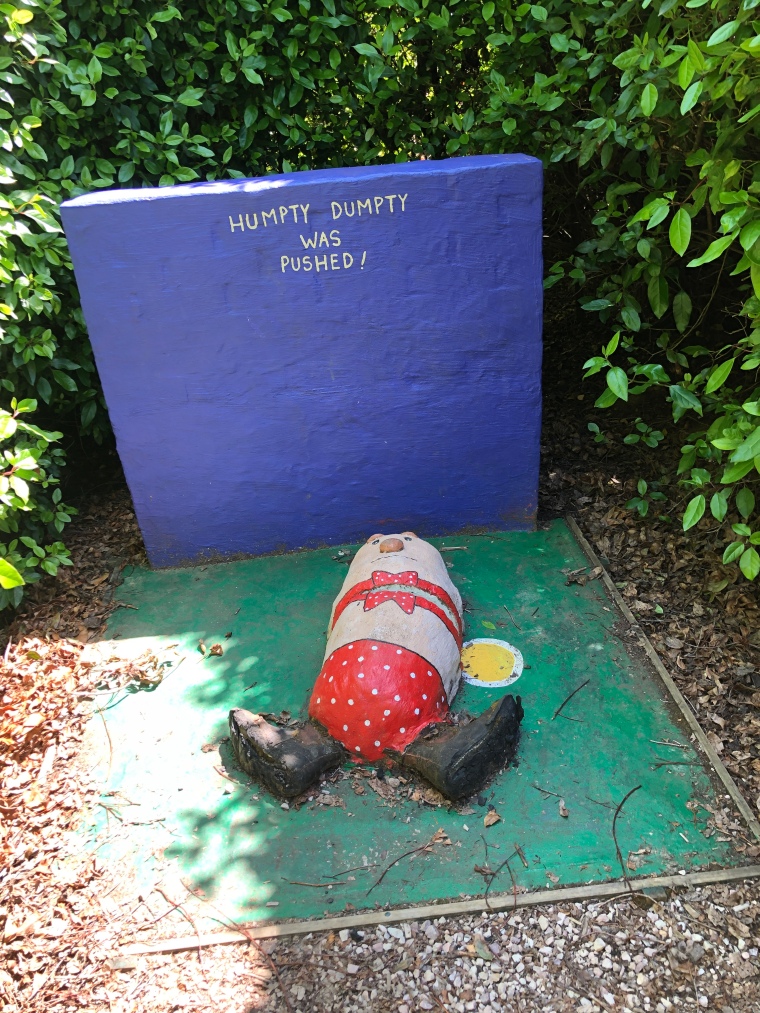 In the Great Maze, the kids liked the multiple swinging doors, the ladders and the climbing walls in the paths. 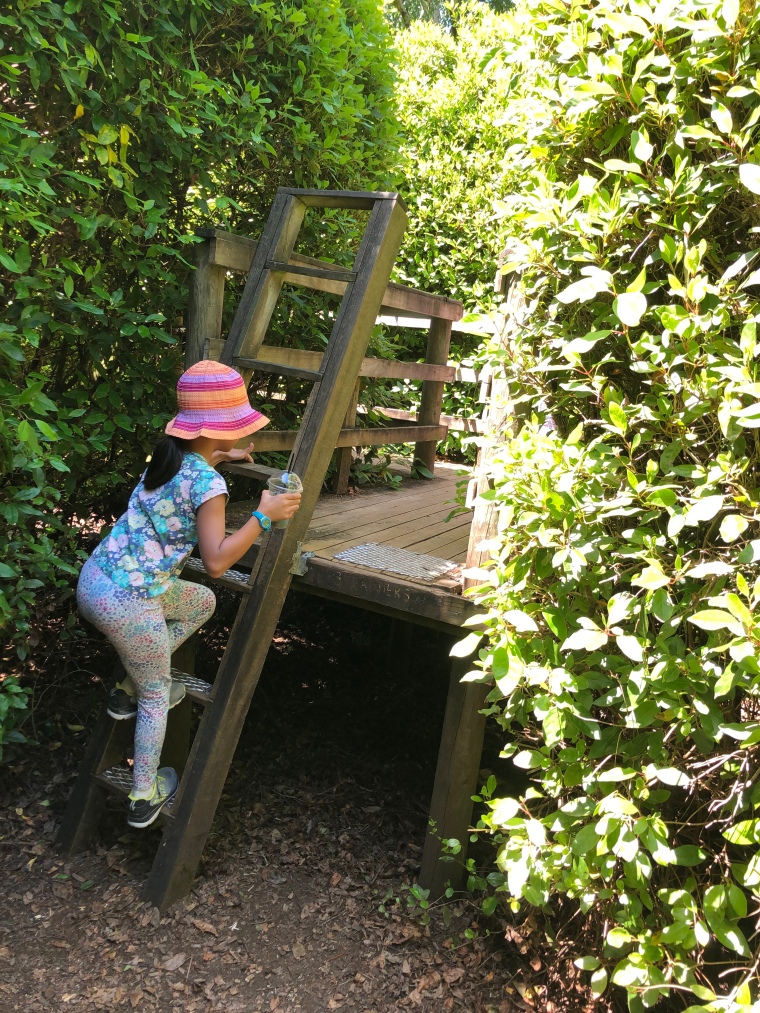 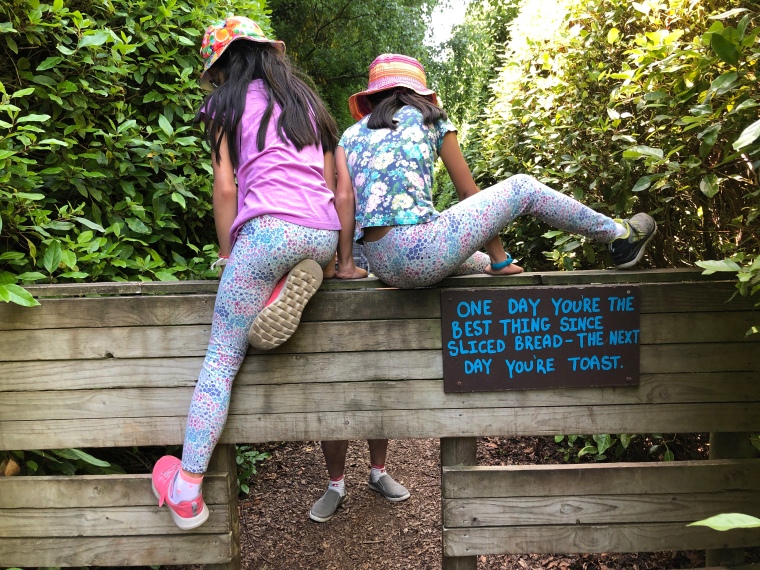 The Great Maze maze really challenged my girls who were so confident after mastering a maze in Jeju, South Korea, where we went for Fall Break. Perhaps the quiet at Tazmazia disarmed them a bit. Other than the buzzing bees and flies, it sounded like we were the only ones there. Nevertheless, after about an hour, we finally found our way to the finish line of the maze: The Three Bears’ Cottage!

Our victory spurred us to try the other mazes. The Hexagonal Maze, the Balance Maze, the Yellow Brick Road Maze, and the Confusion Maze.

Right next to the Great Maze was Cubby Town, a space with tyke-sized structures. It seemed to be perfect for little kids, and my preteens could have gotten into it except it felt more like a ghost town on this day.

My kids really got a kick out of the Crackpot Correction Centre, which was quite morbid. Whoever set up this place does have a wicked sense of humor. 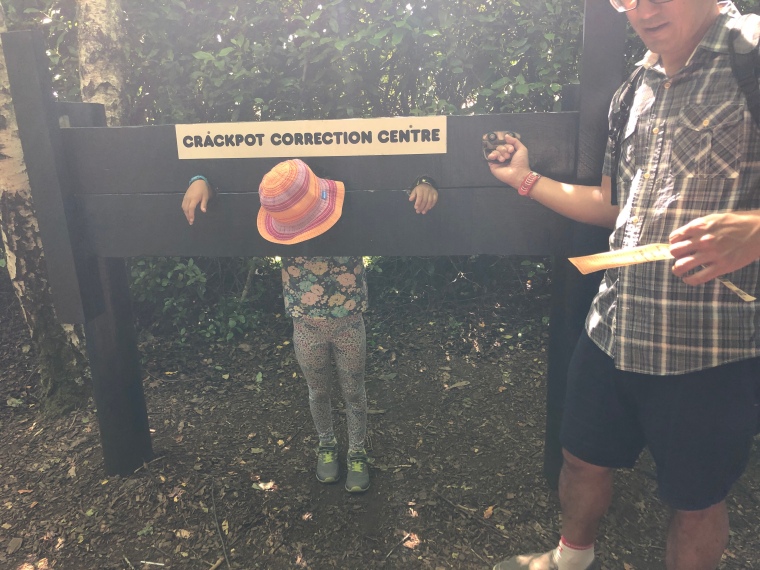 In the Embassy Gardens, there were sculptures representing different countries like the Eiffel Tower for France, and the Taj Mahal for India. We found Singapore. It had a skyscraper and a skinny Merlion. The U.S. and Mexico structures had us in stitches. In between the Statue of Liberty and a big cactus was The Great Wall of Trump. Yes, American politics is alive and well even in this remote place on earth. (Last night, in a play we attended about a group of escaped convicts from Sarah Island, one of the characters made a joke about Donald Trump’s proposed wall.)

My favorite part of Tazmazia was the Lavender Field. I took pictures of the different blooms adorning the complex. 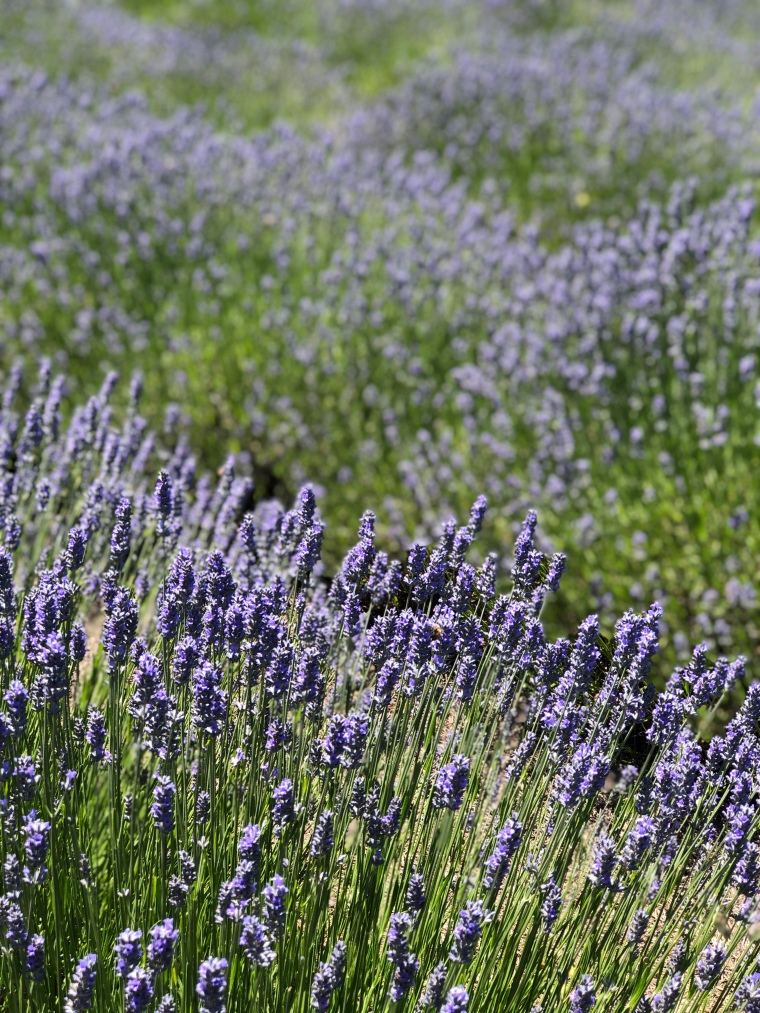 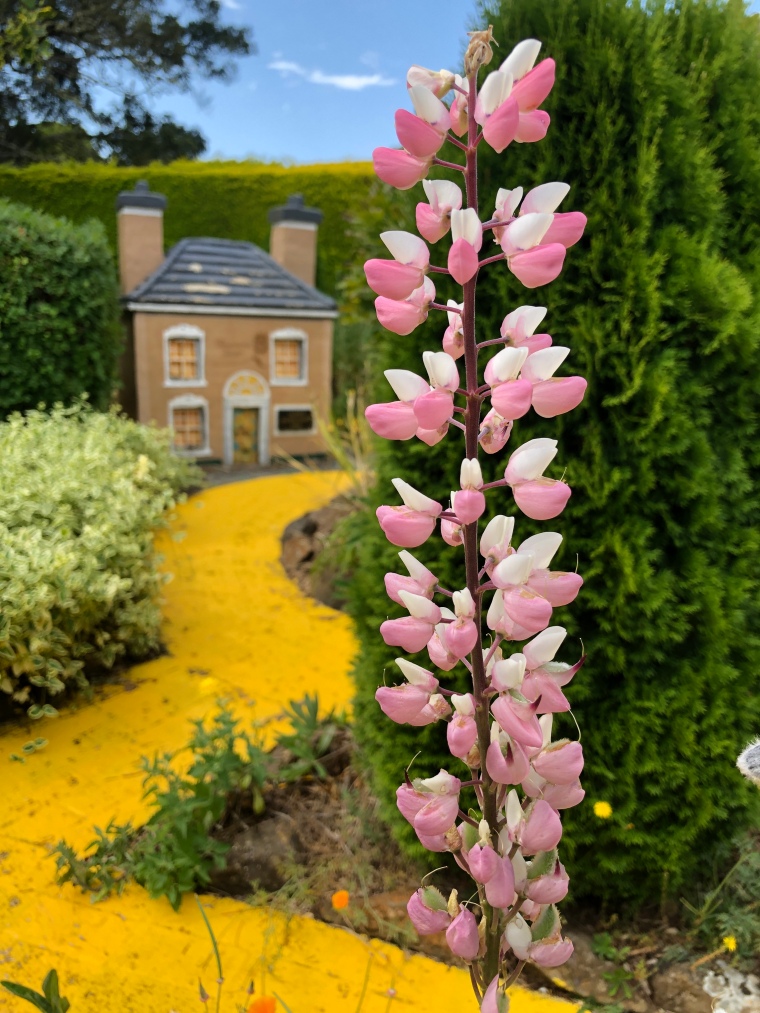 Overall, we all gave the place a thumbs-up. Although it felt deserted on this particularly hot day, and some of the stuff in there was a little off color, no one was harmed, and we still had fun. 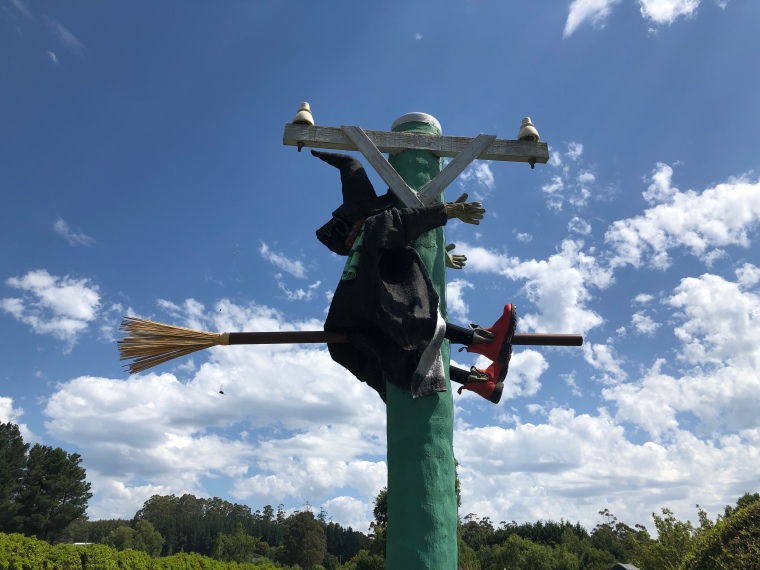 Tasmania and the Village of Lower Crackpot

2 thoughts on “Tazmazia: A Puzzle of a Place”