Hello! I’m Dulce Zamora. Welcome to WindsweptWildflower. Thank you for stopping by. This blog is a collection of my thoughts as a woman, mother and explorer in the 21st century. I live in Singapore with my husband and two children. But I wasn’t always here. I was born in the Philippines and immigrated into the United States as a 10 year old, specifically in Alameda, California. When I grew up, I moved around a lot, living in Los Angeles, Omaha, New York City, Singapore (in two different stints), and the San Francisco Bay Area (in several different stints). As a young woman, I also spent three months in Europe – for a month as a bartender in London and then for a couple of months backpacking solo around the continent. Since then, I’ve traveled to more than 30 countries.

With all these places in my history, where exactly is home? That is the holy grail of WindsweptWildflower. Why am I here? Am I where I come from, or where I am going? These are questions many of us struggle with whether or not we’ve left our backyard. In this blog, I plan to explore the possibilities. Hope you join me on this journey. 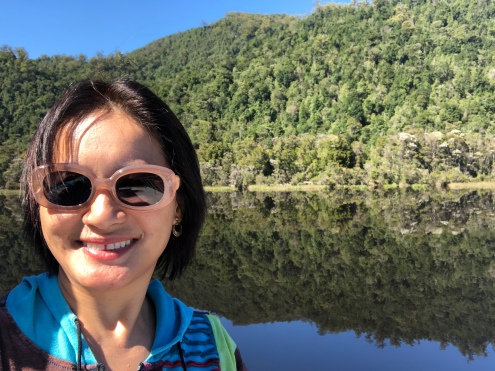 My news articles have appeared in Variety, Daily Variety, WebMD, MedscapeHealth.com, CBSHealthwatch.com. Before delving into print and online news, I worked as a producer and/or writer for various broadcast outlets including MSNBC, and local affiliates of NBC and CBS.

My awards have included excellence in health reporting by the American Society of Aesthetic Plastic Surgery (“The Many Faces of Botox,” WebMD, 2002), and the Dairy Council of Nebraska (1998). In 1995, the Radio Television News Director’s Association (RTNDA) recognized me as one of the country’s most promising minority journalists. In 1994, the public service announcement I produced as an intern for KTVU (FOX) San Francisco won a National Broadcaster’s Association (NAB) award. The PSA was titled “I am proud to be a Filipino American.”

Strolling along Marina Bay in Singapore.

I took some time off to take care of my children. It was supposed to be a one year break, but l really got into parenthood. For the most part, I still enjoy the daily interaction with my young daughters. Also, my job as a trailing expat spouse has been no small task. But I like to think it is all part of life as a work in progress.

In recent years, I have written a short story for The Bamboo Telegraph. I have also read some of my short stories at Books Inc. Alameda’s monthly Alameda Shorts, and at The Local’s Local Voices: A Broken Mic. I’ve also taught several writing and art workshops at my children’s schools. I am a member of the American Society of Journalists and Authors (ASJA), the American Women’s Association Writers (Singapore), and To Live and Write in Alameda. 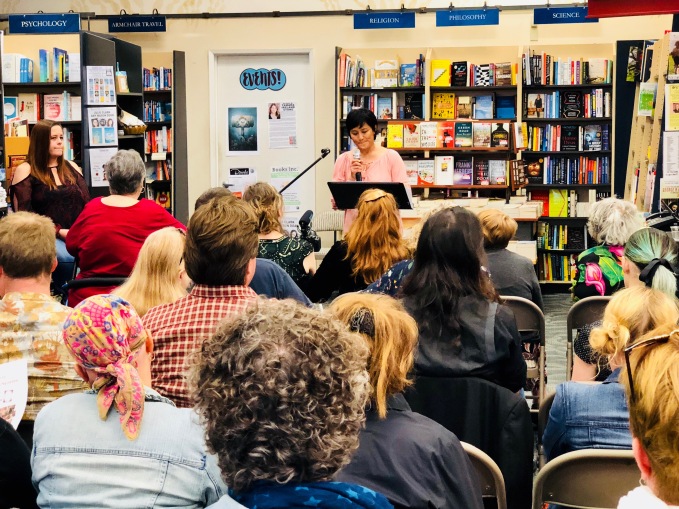 Reading my short story at Books Inc. in California.