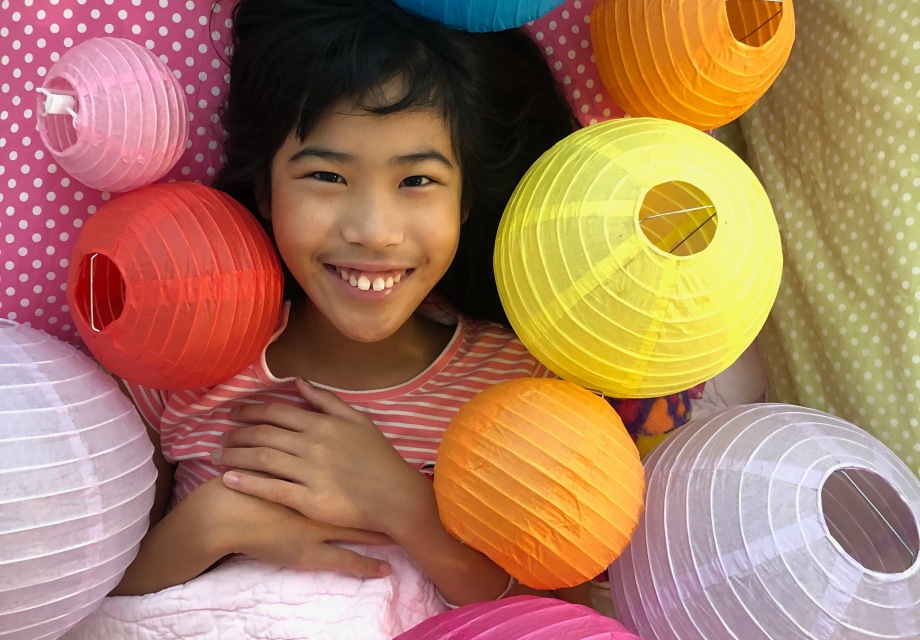 She’s ‘tween our family’s past and our future.

My daughter, Sienna, recently turned 12. It feels like we crossed a threshold. This year is her last as a tween. She no longer qualifies for some child discounts at restaurants and attractions. In fact, on an upcoming family trip, we had to pay full price for her on hotel and airfare. That definitely stung, but the milestone went beyond that.

I’m all for raising independent kids, but lately, I feel like my daughter is growing up faster than my comfort zone. I’m not ready for her to take public transport on her own, although we’re working on it. I’m not ready for her to arrange her own play dates — We have a family schedule, but we’re working on amending that, too. I do encourage Sienna to choose what after-school clubs she’d like to attend. I don’t ever check her homework, but I do let her know that school is her job. If she doesn’t do her job, she doesn’t get her benefits (privileges), just like in the real world. I do my best not to rescue her when she makes mistakes. For example, if she forgets to bring something to school, she has one voucher for me to bring it to her. When she forgets stuff — which she has — she decides whether or not to use her voucher. She hasn’t used it yet.

I never wanted to be a yes-mom, or have friend status with my kids. I’m their mom. I am here to love them unconditionally, but with boundaries, too. Without boundaries, I can’t see how I can effectively guide them through the challenges of life.

I admit it. I’m a protective parent. I was raised in a strict and conservative household. My parents, siblings, and I immigrated into the United States from the Philippines when I was 10 years old. The old fears from our native country and the unfamiliar social landscape of America made my father and mother tighten their grip on us. We couldn’t sleep over anyone’s house because someone could take advantage of us. We couldn’t babysit because we could get sued if we did anything wrong. We couldn’t have boyfriends because we didn’t want to get pregnant out of wedlock. We couldn’t go to dances at other schools because danger lurked everywhere. Perhaps it also didn’t help that in the Philippines, my parents didn’t feel safe going home from work on their own. They had a grocery store, and they brought home each day’s proceeds . They were targets for thieves, so, every night, they hired a security guard to ride home with them. You may wonder why they didn’t feel safe in America. I think once you know the possibility of danger, it’s hard to go back to thinking the world is safe.

To my parents’ credit, they did the best they could with us. They made a lot of concessions. I went to my first sleepover at 17. Perhaps it was okay because my parents knew my friend’s parents from the old country. However, I now recognize what a big step this was for them, because where we came from in the Philippines, sleepovers were not a thing. They still aren’t.

I had my first boyfriend at 17 years old. Perhaps that was okay, too, because the guy was Filipino. However, I was not allowed to go out on dates unless we were out with a group at a school function. Even doing that was a big deal, because when my mom was single, she was never allowed to go out anywhere without a chaperone. The first time she was with a non-blood male relative was with my father, on their honeymoon night.

Of course, now my daughters and I live in a different time and in a different place. We live as Asian-American expats in Singapore. In fact, Sienna and her sister, Jasmine, were born here. They go to an international school. They have parents — my husband Noel and me — who know about Asian, American, and international cultures. Yet, knowledge doesn’t necessarily make things easy.

When I was a child, parents and teachers told us exactly what to think. Now, at school, our children are taught to question, to analyze, to think in a critical manner. When 16-year-old climate change activist Greta Thunberg spoke to world leaders at the United Nations Climate Summit, she was bold and unapologetic. She said:

You are failing us. But the young people are starting to understand your betrayal. The eyes of all future generations are upon you. And if you choose to fail us I say we will never forgive you. We will not let you get away with this. Right here, right now is where we draw the line. The world is waking up. And change is coming, whether you like it or not.

That was an amazing speech, effective in delivering a very important message. I greatly admired Thunberg’s courage and passion. She practiced the independence, leadership, and critical thinking skills promoted in today’s progressive schools. However, if I spoke to my mother or teachers that way as a child, I would be rebuked for my insolence, and surely spanked. Even today, I don’t think my parents would appreciate me talking to them in that way. I wouldn’t like my children addressing me in that manner either, even if I became senile and unreasonable.

At the same time, I would love for me and my daughters to be more like Thunberg — to have conviction, and to stand up for what we believe in. I have had my Thunberg moments in my own life — when I’ve fought for a worthy cause. I’m not always polite, but I try to remain civil. Nonetheless, I’ve been called “wild” and a “danger.” I think people resort to calling names when you challenge them.

It all sounds contradictory, because it is. You see, I encourage my girls to speak their truth with respect, but to also have courage to protect that truth. Life is not clearcut. It’s complicated.

My daughters and I may not always agree on issues, but I would prefer that they treat me with love and kindness, and appreciate my wisdom and history, as opposed to my age. I plan to do the same for them.

It is a tall order. I’m basically asking for something that is hard for me and many people to do. So many people have broken off contact with their friends and families because they can’t agree on political or social issues. The thought of Sienna or Jasmine breaking off ties with me because of differences in opinion would just crush me. Perhaps one of the reasons why Sienna’s 12th birthday seems like a big deal is because she’s that much closer to becoming an adult, not just in age, but in cognitive development. Lately, I am surprised at things she says. She has started to form her own insightful, educated opinions. It’s exciting, but scary at the same time. My little girl is growing up, and, one day, she will have a life of her own. She will write her own story. And when she does, I hope she incorporates our history while crafting her own present. I hope she will use her authentic voice.

We do still have a few more years together under the same roof. For now, I will do my best to enjoy my time with Sienna. I will raise her with the most compassionate, sensible, intertwined ideas I know from our Asian, American, and global sides. Perhaps, in children like Sienna, we can see that people, in all of our glorious differences and complicated histories, can bring out the very best in each other.